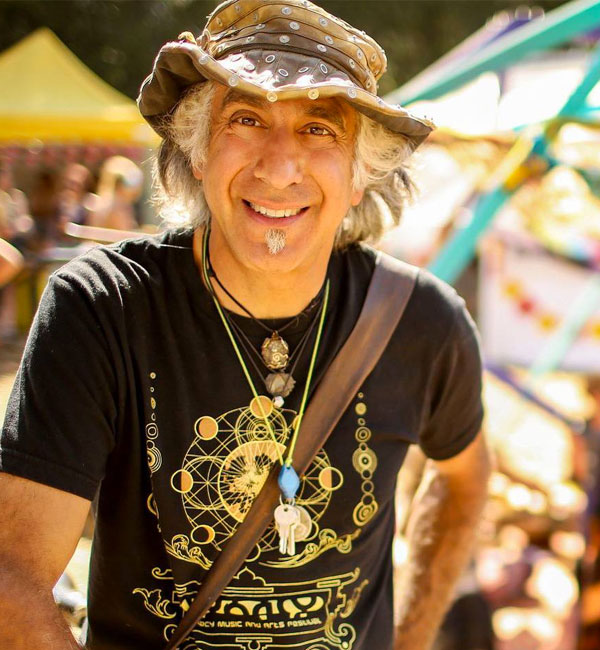 (b. Jan. 14, 1959, NY) Harlan Emil received a BFA in environmental design from Parsons School of Design after studying physics at Emory University and electrical engineering at Georgia Tech and University of Miami. He has combined these interests into a lifelong art and design profession that has been exhibited internationally. Harlan Emil worked for the design firm SITE Projects of New York before launching his independent career in 1987. He has been attending the Burning Man festival in Nevada since 1999, creating large-scale Portal sculptures, both on his own and in collaboration with other artists since 2004. He is currently focused on developing ecologically sustainable human habitations.